Considering leopard seals are widespread around NZ, they often come into contact with humans and domestic animals which may cause wildlife-human conflict. Such conflicts may include leopard seals approaching out of curiosity or a desire for them to haul out to rest. Additionally, there may be damage to property, as has been documented when dinghy’s have been punctured and fenders have been removed. Such conflicts have led to negative perceptions of leopard seals by some humans.

Conversely, human-wildlife conflict occurs where leopard seals are at risk from humans and domestic animals. Such conflicts may include humans making threats of physical harm, close encounters resulting in disturbance and/or harassment and physical harm (including beating and shooting leopard seals). In addition, harassment by dogs has also been documented. Despite the threats/harm posed to leopard seals, our records reflect that their behaviour has not changed towards humans or domestic animals.

Co-existence with leopard seals around New Zealand will require all stakeholders to actively participate in effective management. The Leopard Seal Management Plan (LSMP) has been developed to enable Leopardseals.org (LS.org), the Department of Conservation (DOC), Iwi, and various community stakeholders (including boat clubs/marinas) to:

For the purposes of the LSMP, there is some emphasis on the presence of leopard seals within the Auckland region, however the main aim of this document is applicable to all regions within New Zealand.
Please click the below image to view a PDF version of the Leopard Seal Management Plan. 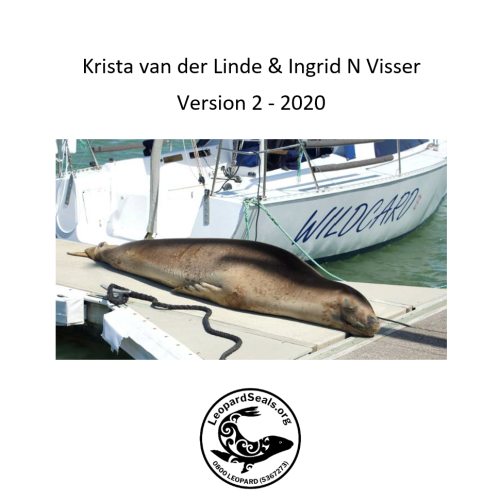